Nitrogen, whose chemical formula is N₂, is a colorless and odorless gas under normal conditions, and nitrogen is generally less dense than air. Although nitrogen is more in the atmosphere than oxygen, because of its inactive nature, people only recognize nitrogen after they have known oxygen. But it was discovered earlier than oxygen. The following editor will take you to understand the application range of nitrogen.

Filling the oil well with nitrogen can not only increase the pressure in the well and increase the oil production. The nitrogen can also be used as a cushion in the measurement of the drill pipe, which completely avoids the possibility of the mud pressure in the well squeezing the lower test string. In addition, nitrogen gas is also used in downhole operations such as acidification, fracturing, hydraulic injection holes, and hydraulic packer setting. Filling natural gas with nitrogen can reduce the heating value. When replacing pipelines with crude oil, liquid nitrogen can be used to inject materials at both ends to solidify and block them. The use of nitrogen for pressure conveying of pulverized coal is safe, convenient and economical.

2. N2 Applications in the chemical industry

Nitrogen is the main raw material for synthetic ammonia. The nitrogen required for ammonia synthesis does not need to be separated and purified, and is directly derived from air. In the production process of ammonia synthesis gas, oxygen in the air undergoes a high-temperature catalytic reaction with hydrocarbon raw materials. After conversion, decarbonization, and methanation, a mixed gas containing a small amount of methane, a small amount of carbon monoxide and carbon dioxide as the main hydrogen is produced. , The nitrogen and argon in the air do not participate in the reaction, and directly enter the synthesis gas, thereby obtaining ammonia synthesis gas mainly composed of hydrogen and nitrogen. In ammonia synthesis, oxygen, carbon monoxide, and carbon dioxide are easily poisonous to synthesis catalysts. Methane and argon are synthesizing inert substances, and large amounts of accumulation will reduce synthesis efficiency. The use of liquid nitrogen scrubbing process to purify synthesis gas can prolong the service life of the catalyst and increase ammonia. Synthesis efficiency.
Nitrogen is also the main raw material for the synthesis of calcium cyanamide, sodium cyanide and silicon nitride.
High-purity nitrogen can be used as auxiliary gas for the production of polyethylene. For example, a polyethylene production line with an annual output of 10 million tons needs to provide 4,400 standard cubic meters of pure nitrogen per hour.
Taking advantage of the chemical inactivity of nitrogen, nitrogen is filled into reactors and storage tanks of many flammable liquid substances, which not only protects the materials from oxidation and maintains product quality, but also ensures safety and prevents combustion and explosion accidents.

Nitrogen is mainly used as shielding gas and purge gas in metallurgical industry. In the process of steel rolling and metal heat treatment, due to the protection of nitrogen, the high temperature oxidation of the metal is reduced and the surface is smooth and clean. Filling the non-ferrous metal smelting furnace with nitrogen can reduce oxygen content and temperature, reduce oxidation, and improve product purity. Purge the molten steel with nitrogen to reduce the hydrogen content in the steel and increase the strength of the product. When the blast furnace is started, 86% of nitrogen is blown in, which can reduce coke consumption and extend the service life. Filling the plasma arc furnace with nitrogen can produce nitrided high-speed tool steel.

4. N2 Applications in the electronics industry

In the electronics industry, dry nitrogen is used to purge silicon wafers to keep the silicon wafers dry and clean. In the large-scale integrated circuit production process, high-purity nitrogen can be used as the carrier gas of the chemical reaction gas, inert protective gas and packaging gas.

6. N2 Application of science and technology

7. N2 Application in the food industry

Nitrogen is mainly used as a protective gas in the food industry. For example, in the fruit and vegetable storage, nitrogen is filled to expel oxygen, inhibit the growth of mold and the production and release of ethylene, delay the metabolism of fruits and vegetables, and extend the freshness period. In the storage of grain, filling with nitrogen can delay aging and maintain the fragrance of new rice for a long time. As the pace of life accelerates, fast food has received more and more attention. Filling the packaging container with nitrogen can extend the shelf life of these foods. Foods such as fish and meat can be frozen with liquid nitrogen to achieve the effect of rapid freezing, prevent the water in the tissue from forming a vitreous body, so that the tissue is not destroyed, and can maintain the original delicious taste after reheating.

In the biological and medical fields, nitrogen mainly uses the low-temperature properties, inactivity and non-toxicity of liquid nitrogen, and is an ideal cold source. Liquid nitrogen has been widely used in the preservation of animal semen, human tissues and surgical operations. 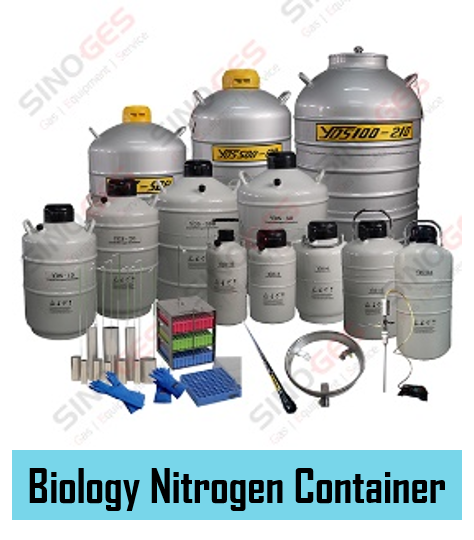 Liquid nitrogen also has certain applications in the construction field. For example, when large-volume concrete heats up when solidified, cracks often appear inside and reduce its strength. Using liquid nitrogen as a coolant can greatly increase the strength of concrete.

Liquid nitrogen has a unique role in salvaging sunken ships. Liquid nitrogen can generate pressure after gasification and can be used as a power source.

11. Liquid N2 Applications in other areas

Liquid nitrogen is also used in the condensation of the atmosphere into clouds, space environment simulation, formation of low-temperature wind channels, recycling of radioactive waste, removal of scale on metal surfaces, production of ceramic superconducting cables, crushing and recycling of waste rubber and plastic products.

12. Nitrogen can also be used as fire extinguishing gas.

Nitrogen operates as a fire suppressant by reducing the oxygen content within a room to a point at which the fire will extinguish, without compromising the safety of individuals present in the room. Nitrogen will not decompose or produce any by-products when exposed to a flame. 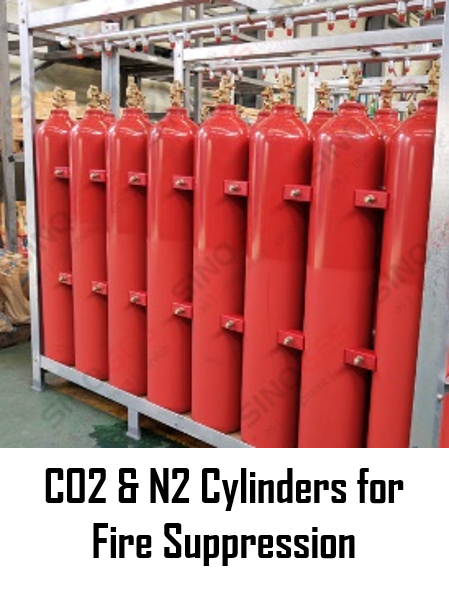 Use nitrogen or a mixture of nitrogen and argon alone to fill the bulb, which can extend the life of the bulb.

In short, nitrogen is widely used in the national economy and people’s livelihood, and is closely related to human life, production activities and scientific experiments.

Welcome to SINOGES INDUSTRY world, click "Contact Us" to drop us a mail if you are not yet registered to use cart tool. Dismiss